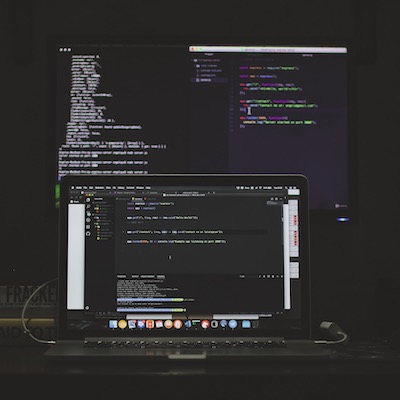 Hi, I’m Brian, a former senior software engineer and now industry advisor at Pathrise. I work with hundreds of software engineers to help them land their dream jobs in tech. Check out my article where I compare front end vs back end developer roles.

If you have a background in coding, you might feel overwhelmed by the options in your job search. Should you look for web developer or software engineering roles? Or should you specify your search even further? If that is the case, how can you decide between front end and back end developer positions?

One of the best ways to be efficient in your job search is to apply to the right position for your background, experience, and goals. To help you do this, we outlined the similarities and differences between front end and back end development as well as included information about the skills, tools, and salaries for each role.

What is front end development?

Front end developers focus on what the user sees. They often work closely with UX and UI designers in order to transform their designs into functional consumer-facing websites and applications. Front end developers need to understand the basics of visual design principles like hierarchy, balance, and spacing as well as a variety of programming languages, markup languages, and multimedia publishing tools like JavaScript, HTML and CSS, and Flash.

This is a very cross-functional role with a lot of opportunity to collaborate with product design and product management teams. In addition, front end developers spend time on user research, A/B testing, and iterative design and development. Quality assurance (QA) testing is also an important aspect of the role. This helps them find and fix bugs, ensuring they are building seamlessly integrated websites and apps that are intuitive and easy to use.

What is back end development?

As can be expected from the name, back end developers are responsible for the back-end technology. This means that they work behind the scenes with databases, servers, APIs, cloud-based platforms like Amazon Web Services (AWS), and other elements of server-side development.

They create protocols, routines, and tools by writing server-side scripts that help websites and apps as they communicate with external servers and retrieve important information and data. Back-end developers work with relational databases such as PostgreSQL, as well as non-relational ones like MongoDB, mainly by writing queries in SQL.

Using languages like PHP and Python, back-end developers create structures, algorithms, and other forms of logic that determine how information from a database is collected and used on the front end.

Similarities and differences between front end and back end developers

Front end and back end development are both technical fields that are currently in demand.

If you carefully read the job description, you can determine exactly what recruiters and hiring managers want to see in candidates. In general, front end and back end developers should have the following skills in order to show that they will be an asset to the team.

Both of these roles are technical and require knowledge of a variety of different tools. By having these tools on your resume, you can let recruiters and hiring managers know that you have the right knowledge for the role.

In general, back end developers can expect a higher average salary than front end developers because the role is more technically complex. However, both positions have plenty of room for negotiation.

According to Glassdoor, front end developers can expect an average salary of $76,929. On AngelList, the number is slightly higher, with the average compensation at $81k. This is likely a more accurate number because it includes startups.

Average salary for back end developers

If you look on Glassdoor, the average compensation for back end developers is $101k. The low end of the spectrum is around $81k and the highest reported is $124k. On AngelList, the average salary for a software engineer is $92k. This includes startups, which makes it more well rounded, but neither account for geography, which can often alter compensation. Read our outline with important tips for negotiating your salary, which includes an email template you can use.

If you want even more support, Pathrise is a career accelerator that works with students and professionals 1-on-1 so they can land their dream job in tech. With our tips and guidance, fellows in our program see 3x as many responses to their applications, interview scores that double, and a 10-20% increase in salary.

If you want to work with our mentors 1-on-1 to get help with any aspect of your job search, join Pathrise.